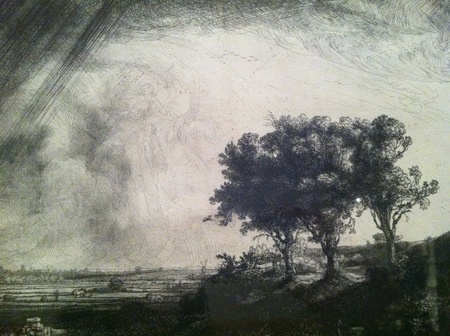 Today three different messages of death reached me. A colleague’s father has died, from a long illness, not the coronavirus. It is very complicated for the son to go; he will have to quarantine away from his family on his return. 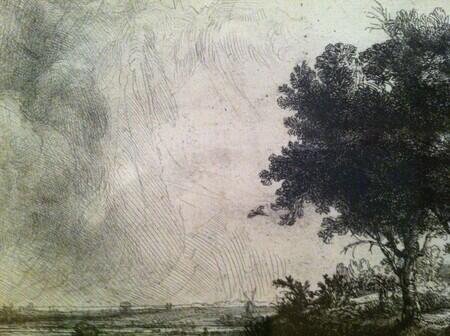 At noon, I gave a virtual reading with another colleague, who lives on a block one block away from me. Both of us read about memorialization. After the reading, my colleague said that five households on his block - I can see the backs of these houses through my study window as I write this – have lost or are losing someone of the grandparents’ generation. 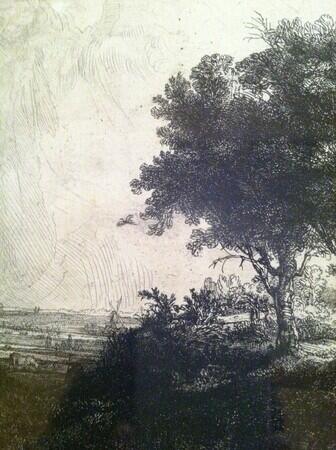 And I received an email from a cherished friend that his mother is dying in a nursing facility, also not of coronavirus, and no one, not even her husband, can go to be with her. 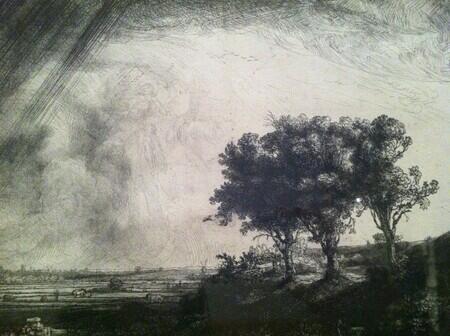 I first saw Rembrandt’s Three Trees (1643) in the first art history course I took in college – which was the last class taught by the wonderful Seymour Slive before his retirement. As a special present to him, the Fogg Art Museum held a show of Rembrandt etchings that coincided with the class. My dormitory was on the same block at the museum, and I went so often and stood so long that going to see the etchings became like going home.

Ever since, for nearly thirty years, every Rembrandt etching I see in person is like a kind of embrace. Even the light-hearted ones have a solemnity to them, and a softness. Ink was gentled on his etching plates, as a great rider brings horses into their full expressiveness. 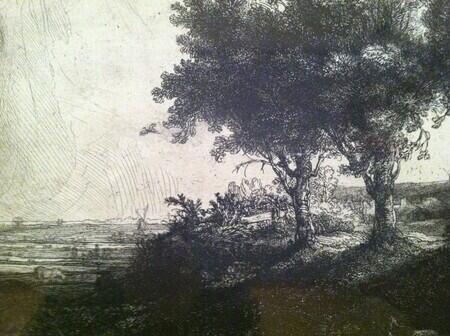 The Metropolitan Museum of Art has an etching of Rembrandt’s Three Trees that I just happened to pass one day when I was visiting New York after long being away. I took a few pictures. Today, I was so glad to find them. Just look at the ink and the illumination.

The text on the Met’s website says that the “unusual cloud formations left of center” may be because Rembrandt had initially sketched another subject on the plate, one for The Death of the Virgin, which he ended up needing a larger plate to complete. I didn’t know, but I might as well have, because the landscape is suffused with ideas of eternity. 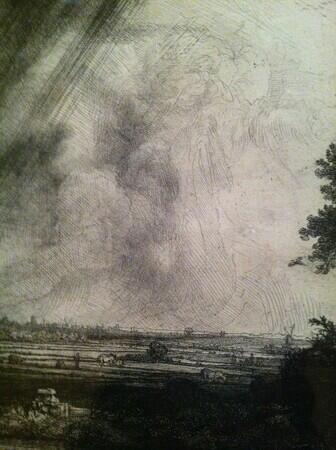