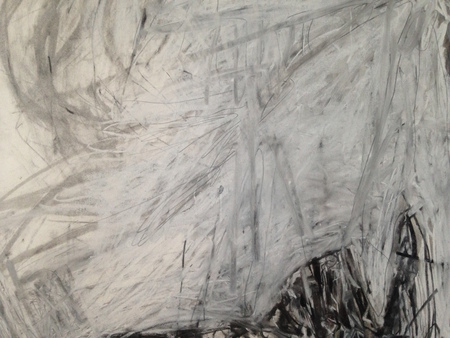 Tara Geer draws from life. There were some months, maybe years, where she spent hours up on the roof of her studio building on 133rd Street sketching the tar stains. She drew backpacks and socks, the buses in the city lot across the street, and the cobwebs in the freight elevator shaft. Right now she is sheltering with her family, and like many artists cannot get to her studio. 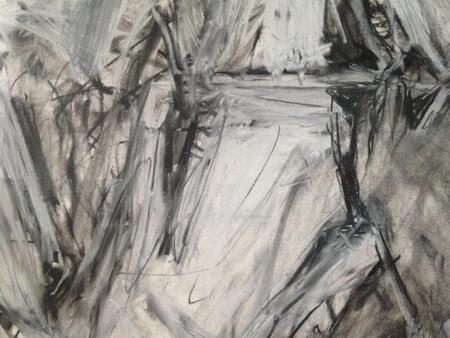 The things she looks for are oblique, at odds. A relationship of the edges from two separate objects seen across space; a shape from wood grain but no longer embedded in a pattern, and not the dark lines from the wood, but the lighter spaces between. 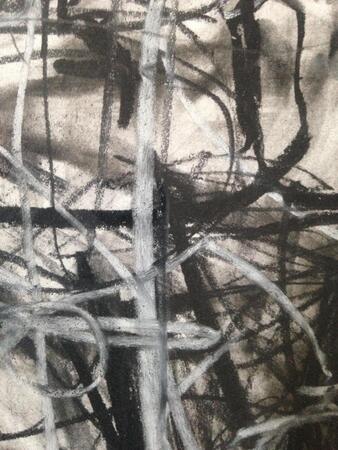 This gives the drawings a quality of life. The lines have the animated movement of the living world; they seem a part of understood space that can be moved through and felt, even though they don’t fall into an easily recognizable form. In this way, they have something in common with Chinese calligraphy, a form Geer attends to, where the characters may seem to leap and spin – a drawing, a thinking mind, a figure, all at once. 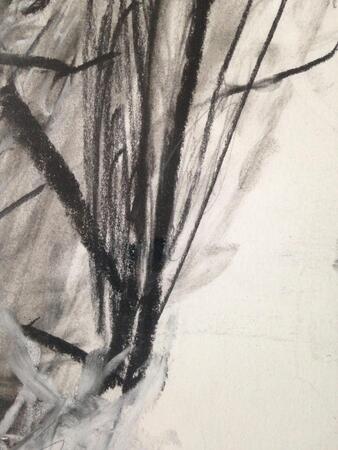 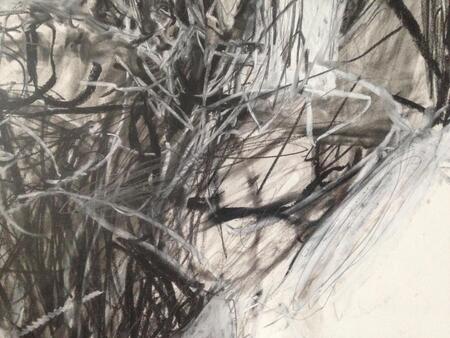 In many of the drawings, there is a feeling of creatures or beings, that the whole drawing is a being, or that there are creatures lingering in the depths. 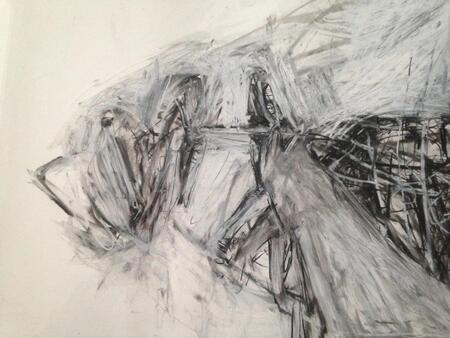 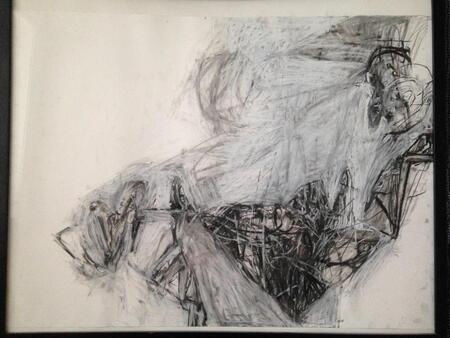 I see it hundreds of times a day. Sometimes, like this morning, I stand in front of it and study it, with museum-quality attention. Most of the time it is a companion. Or, I do not even notice that I am looking at it, it is a space of reverie, a bit like a window, or a book that one has put down but not yet closed.

This morning I drew some of the areas in it:

This upper corner that seems almost like a planetary area, of axis and orbit. 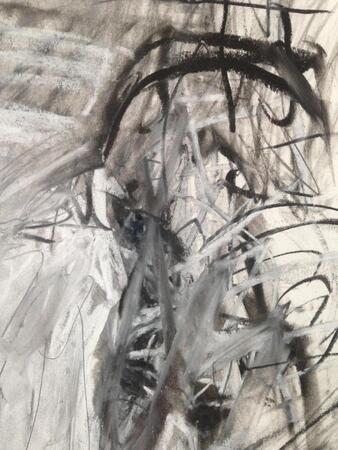 Two areas where dark angled lines surround an area of wash, of which this is one: 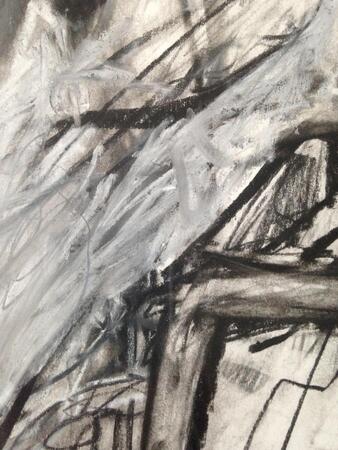 And the central area of tangle. 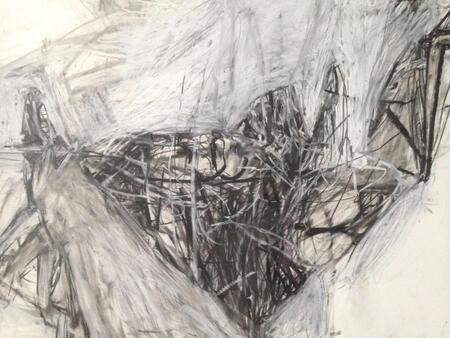 I thought about it how she managed to make this all one thing that holds together when the pieces are made so disparately, with such different densities and kinds of lines. 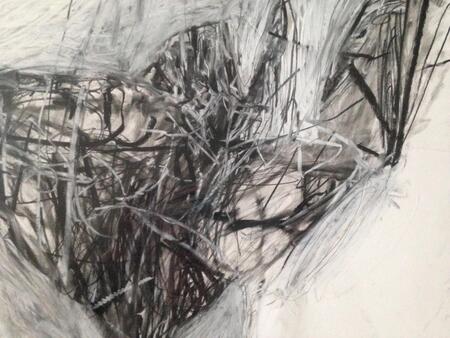 It has a lot to do with the wash, and with the whites and grays that run over and through, the thick cloudy areas which hold it together geometrically, spatially, and also psychologically. 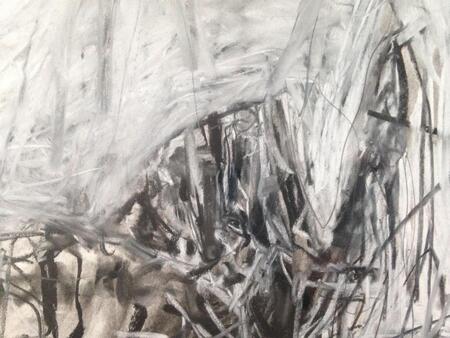 I was surprised that after I looked at the tangled area for a while there was a very distinct clarity of the space through and behind. A sense of clear, lit clarity, like the increase in light before sunrise at the end of a quiet street. 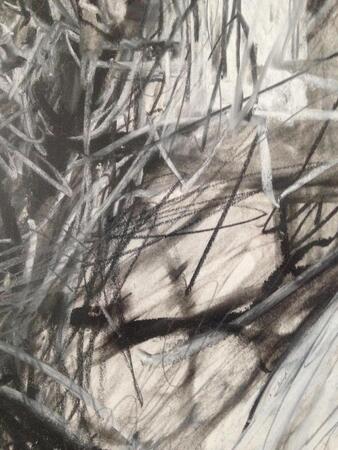 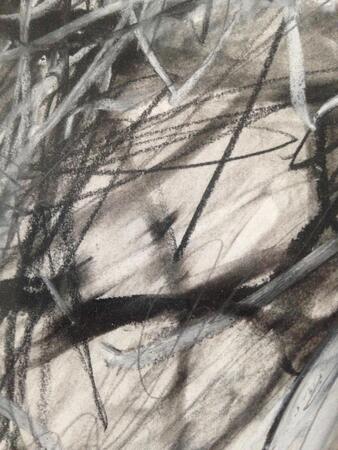 It is airy and surprising.