Yesterday, I began from Manet’s morning glories and nasturtiums to arrive at a letter he sent to Marthe Hoschedé, with a water color of a horse chestnut on it. 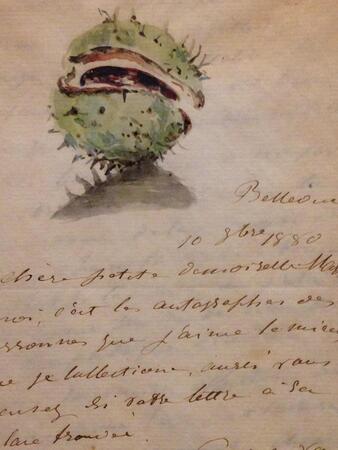 In the exhibition, at the museum, next to the letter with the horse chestnut, there hung a watercolor of plums. Today I’m going to begin there. 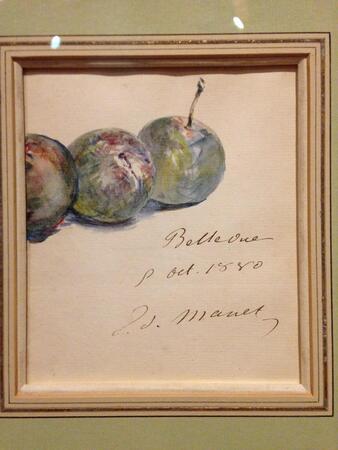 Believed to have been made for an autograph album or a collector, but still with the casual, personal quality, watercolor on paper, a line of inscription. 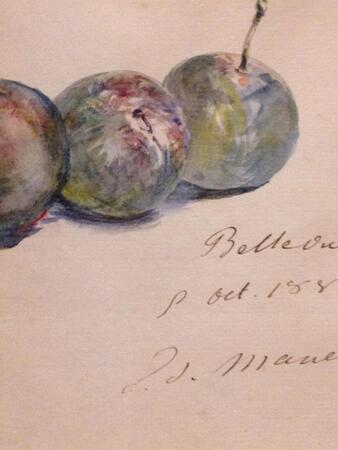 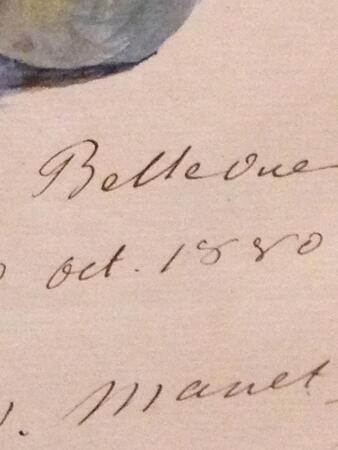 Mostly, I just want to show the layers, the colors. 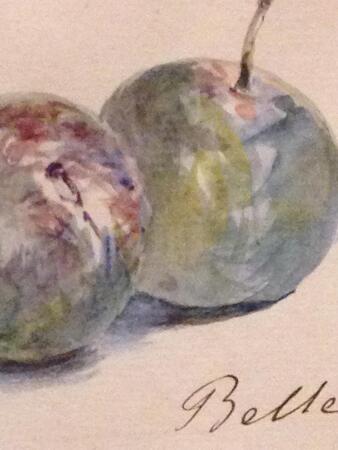 Notice the definition of the space just below and between the two fruits on the left, that unexpected red over blue. 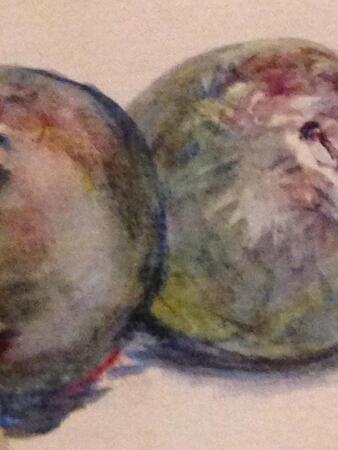 In the show, two rooms later, there was one of the great assemblages, perhaps a dozen still lifes from the very last years, when Manet was exhausted and ill and alone. In 1880, the same year he sent the watercolored letters, he painted these plums: 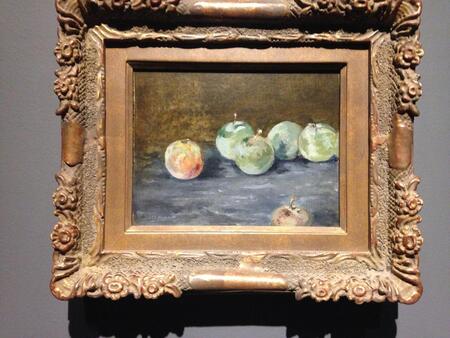 The still life has a long association with mortality, from the vanitas paintings of the Dutch tradition that Manet had studied intently, to the nature morte (literally translated dead nature) paintings of the French tradition, especially those by Chardin (1699-1779), who was one early father of Impressionism, and whose wonderful still lifes still impart tenderness, domestic fortitude, and courage. Manet, perhaps thinking of Chardin: 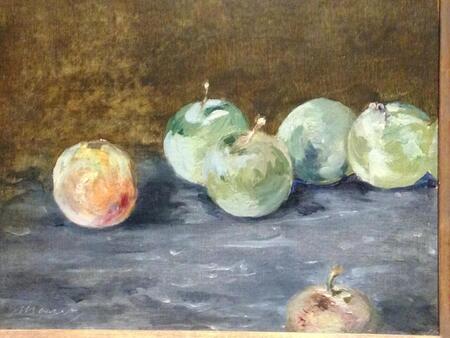 Topaz of the background: 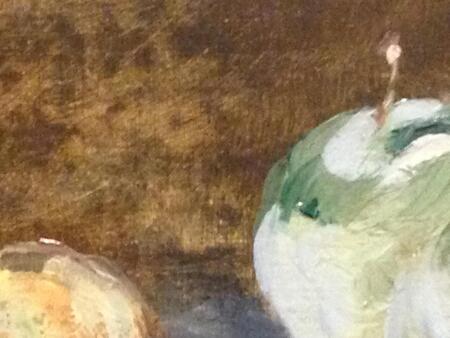 Notice the space between, the definition in blue this time: 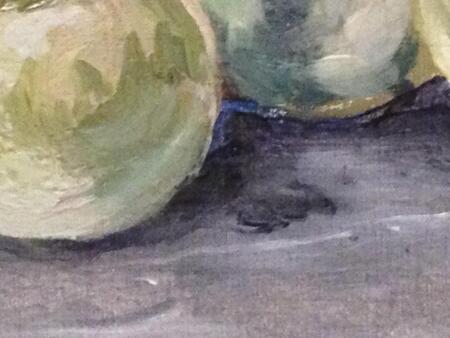 Manet had painted huge revolutionary canvases, the Déjeuener sur l’Herbe, and the Bar at the Folies Bergère, paintings that had provoked battles and schisms and had their place on the barricades. When he was dying and saw very few friends, and loved them, he painted these. 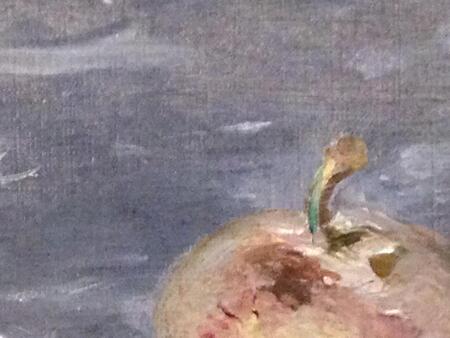