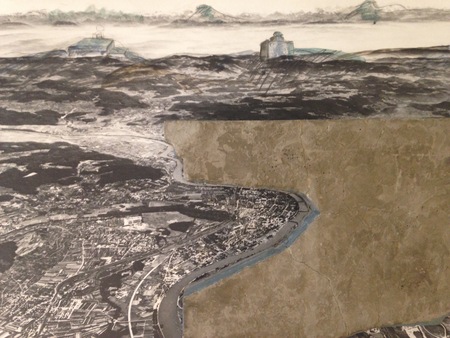 In the fall of 2016, when we had just arrived in Chicago, I began to get emails about a concrete car, a 1957 Cadillac encased in concrete, that would be traveling the streets of Chicago before being permanently parked in a University parking garage. This seemed promising and suggestive, and though I was unable to attend the parade, a small trail of reflection began. 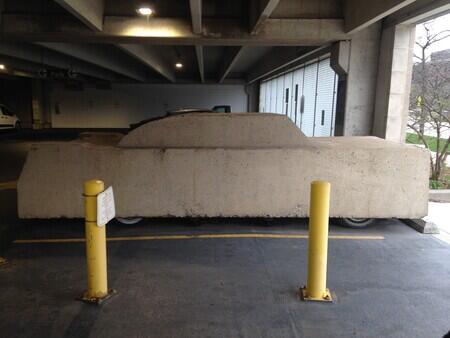 There was then a show, “Vostell Concrete,” including the car and some fifty other works in concrete, which opened in early 2017 at the Smart Museum of Art. I was not prepared, when I walked in, for the immediate sensation of a sharpening understanding.

Why would covering, in concrete, a great variety of physical existences — parts of images that look like collages of drawings and large travel postcards, a book, a designer chair, parts of bodies, a car — give me the sudden feeling that I understood the material reality of modernity? Here, somehow, was landscape, and space, as I actually experience it. And why had I never paid enough attention to the terrible and quite beautiful matter of concrete? 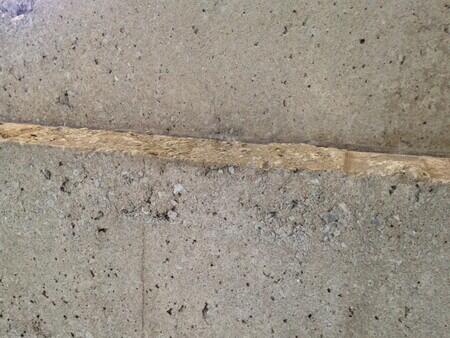 In my mind, I could see the people of the world producing this enormous volume of concrete and covering the earth in it. I could see the permanence of the concrete, but also the way that, viewed from another time scale, it moves and grows and erodes and breaks down. I could see its potential verticality. And the way it impedes circulation but is also in a kind of motion. Even now, when I go back to my photos, the work fills my mind with thoughts. 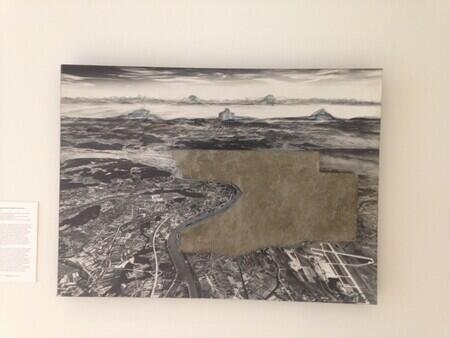 The curator of the show was Christine Mehring, a professor in the University of Chicago art history department, who was then a new acquaintance and has since become a friend. Christine gave me a tour of the show, and I went several times, so I am now working from a consolidation of things she said and things I noticed. 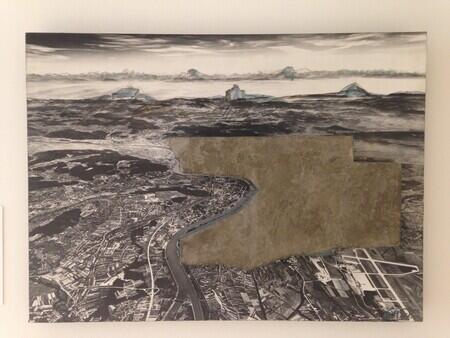 Wolf Vostell (1932-1998) was one of the co-founders of the artistic movement Fluxus, known for its performance and installation pieces, for creating artistic work by, for example, giving a group of viewers directions for a walk they were to take. Fluxus artists were connected with the ephemeral, the psychological, with a performance-based critique of the military capitalism that was getting a stronger hold in the 60s. Concrete can be suffocating and deadening, and it would seem like a material that is antithetical to performance, and yet it turns out to be a helpful material to think with. 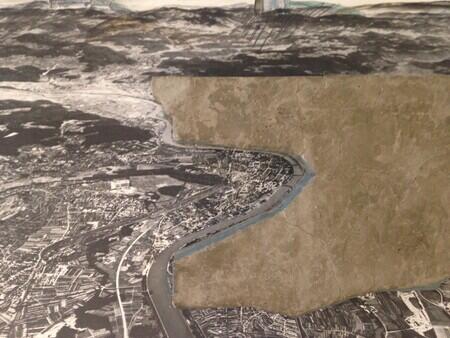 This week I set out to consider vegetation, and, over the weekend, as I anticipated what I might write about, I knew that Vostell’s concrete ought to follow Vuillard’s tapestry in green and Mondrian’s abstraction through trees. 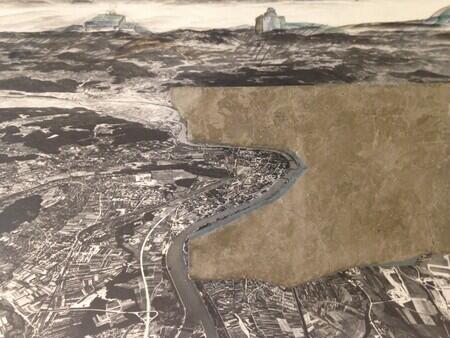 Concrete is a contrasting texture, radically different under the hand than leaves and stems. There is also something right in placing concrete next to plants – a sidewalk around and through which persistent green will work its way. Most surprisingly, concrete is also like vegetation, in its adherence to the ground, its spread, the way it is generated from sand. 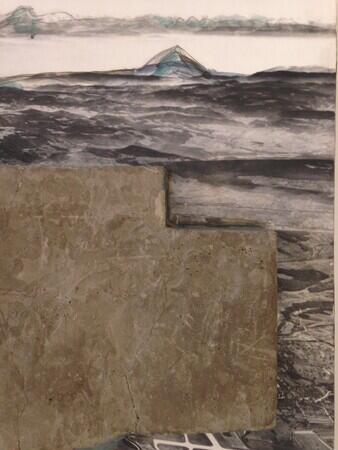