Rembrandt in Gray at the Gardner 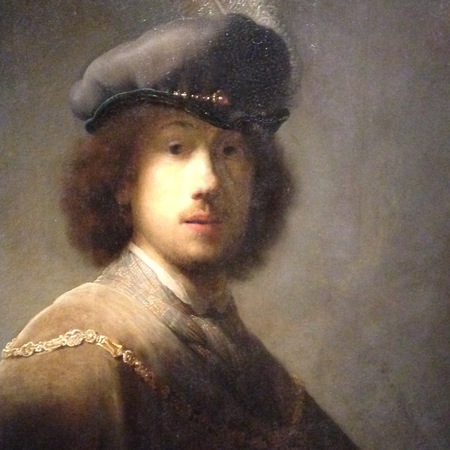 I wish I could say that I knew this painting well, but the truth is that I walked by it a few times when we lived in Boston. I went to the Isabella Stewart Gardner Museum fairly often, because I was writing a book about Bernard Berenson, who was one of her most important advisors in building the collection. But Berenson was focused on Italian paintings, and when I went to the museum I spent a lot of my time in the Italian rooms. On most visits, I never even went around to the side of the museum that has this dark room of Flemish and Netherlandish painting, and where this Rembrandt self-portrait hangs. 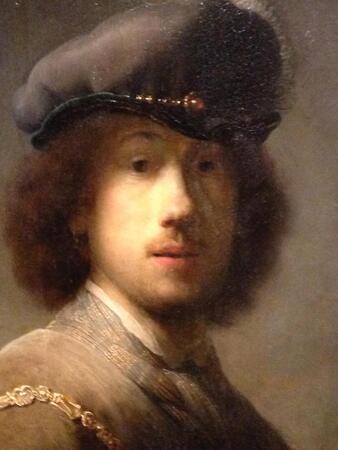 The Dutch paintings room at the Gardner is the one from which several important works were stolen in 1990. I also sometimes avoided it because I found it upsetting to see the empty places on the walls where the missing paintings (Vermeer’s The Concert, the two large Rembrandt paintings, the tiny Rembrandt self-portrait etching) should have been.

I won't show that injured wall. This is the wall with the as-of-today present Rembrandt Self-Portrait in the photo that the Gardner Museum thoughtfully offers on its website. 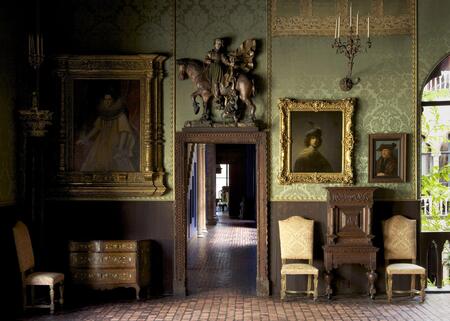 My pictures are dated June 10 of 2016, so I must have gone just a few days before we left Boston to move to Chicago. This was a farewell visit. Rembrandt self-portraits have been a touchstone for me, as for so many writers, for a long time. I first remember looking at them carefully when I was seventeen, so about thirty years.

I guess I thought I might at some point want to write about this painting, because I took quite a few pictures and they came out well. I think you can get a sense of the incredible variety of textures that you feel looking at the painting – the velvet hat, beads, the hair, skin, moustache, cloth. 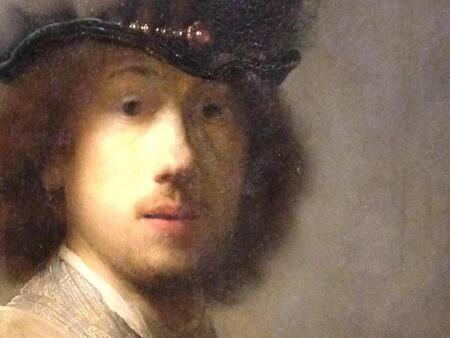 This morning my eye was caught by the gray. 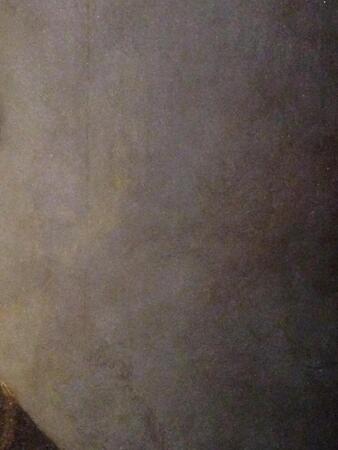 Gray seemed to be connected both to the gray skies we still have, last of March, and to the still life I looked at yesterday by Manet (a Manet was also stolen from the Gardner, which I had forgotten until I looked it up just now.) 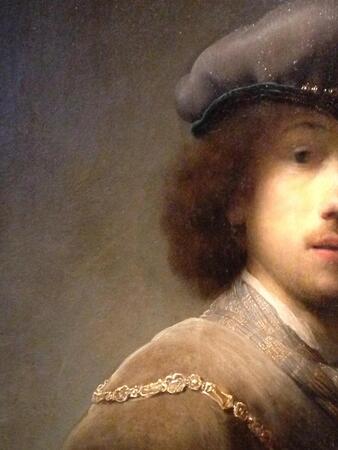 It was only when I began to picture myself walking into the room that I thought about the stolen works. And remembered a headline from yesterday, that a Van Gogh had been stolen from a museum in the Netherlands shuttered by the coronavirus.

Wherever there is money, misfortune, human passion, beauty, violence, trust and mistrust, there will be paintings. When you see a painting in a museum, you do not know if you will see it again, if it will be seen by anyone again. 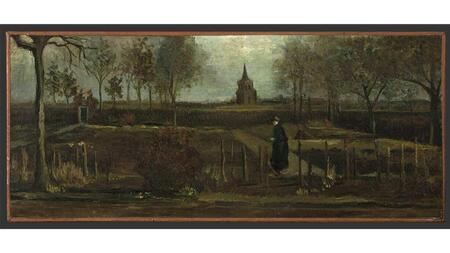 This is the Van Gogh, The Parsonage Garden at Nuenen in Spring, belonging to the Groninger Museum, but on loan to the Singer Laren museum. It was stolen early in the morning of March 30th, which was the painter’s birthday. The Parsonage Garden at Nuenen in Spring was painted in 1884. Van Gogh’s father was a pastor, and this was the garden of his parents’ home, where he stayed with them between 1883 and 1885. It looks to me, in reproduction, an intimate and significant painting, connecting back to Corot and forward to Vuillard. Van Gogh died in 1890 and was, in the mid-1880s, at the height of his powers. It would be nice to see this painting right about now, at the cusp of spring.

This is a little area of the Rembrandt that struck me as especially beautiful a few days before we left Boston. 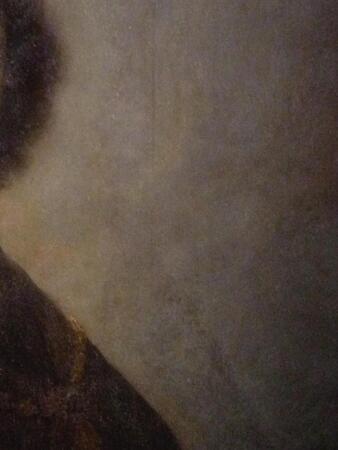